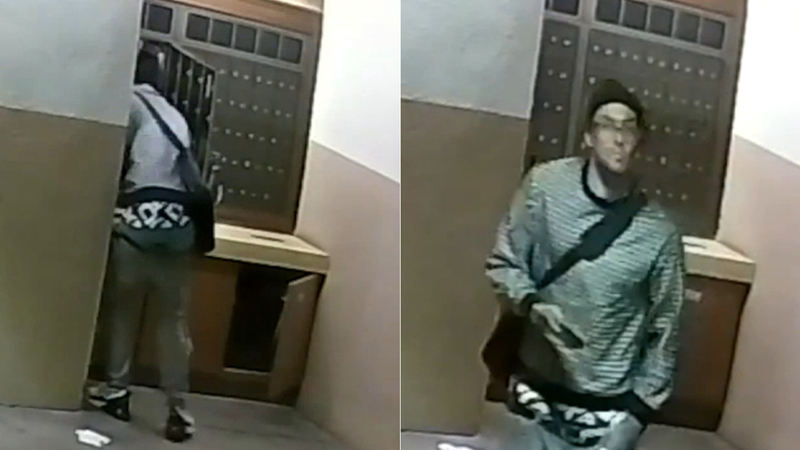 LOS ANGELES (KABC) -- Los Angeles police are searching for the suspect who was caught on surveillance video breaking into mailboxes at a condominium complex and stealing the prime pieces.

On Thursday evening, the brazen suspect slinked in behind a resident at the complex in the 100 block of Doheny Drive, which had recently installed a new security system.

Residents of the complex believe this wasn't the first time the man in the footage pulled something like this and are hoping the video will be the key to his capture. The footage has prompted an investigation by authorities.

The suspect could be seen sorting the mail and throwing out the things he didn't want and putting what he did in his bag. The theft spree continued in the garage as he was seen smashing the window of a car and stealing everything inside.

"He knew where he was going. He came directly to the mailboxes and he opened the left side of the mailbox bank, the same way the postal guy does," Dennis added.