Suspect killed in LAPD officer-involved shooting after reports of man with gun at gas station in Palms, authorities say 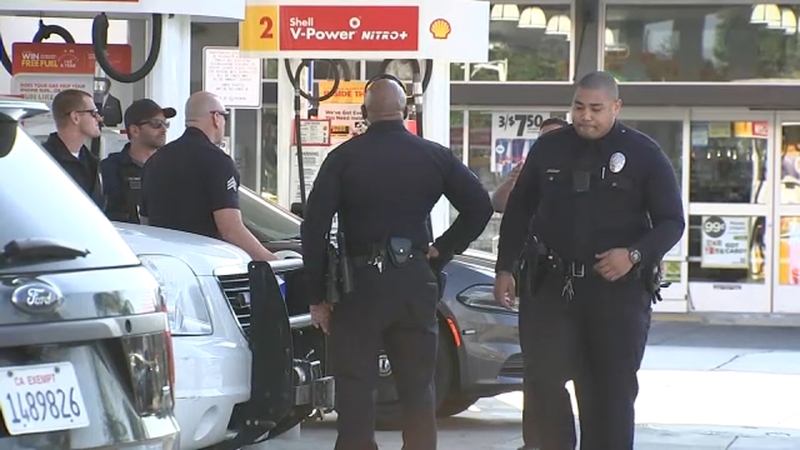 PALMS, LOS ANGELES (KABC) -- A suspect was killed in an officer-involved shooting Saturday afternoon at a gas station in Palms, authorities reported.

Officers had responded to reports of a man with a gun, a Los Angeles Police Department spokesperson said.

The suspect was transported to a hospital where he was pronounced dead. No officers were injured.

It was unknown if the suspect was armed at the time of the shooting.

According to the LAPD, the shooting occurred shortly before 1 p.m. at a Shell gas station at the corner of Sepulveda Boulevard and Tuller Avenue.

There has been and Officer involved shooting in our Pacific Area, in the area of Sepulveda and Venice Blvd. Avoid the area and expect a large police presence. A Public Information Officer is responding and we will provide more details as they become available.